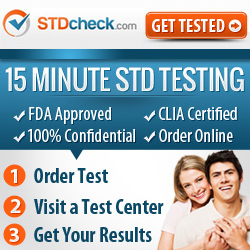 More than three quarters of the health specialists and epidemiological experts who responded to the recent Ebola virus disease (EVD) in the Democratic Republic of Congo were drawn from Africa.

The Congolese government officially declared an end to the Ebola crisis on July 24 at the expiry of the 42-day incubation period after blood samples from the last EVD patient twice tested negative for the disease.

WHO Regional Director for Africa Dr Matshidiso Moeti said the outbreak was contained due to tireless efforts from local teams, the support of external partners and the DR Congolese Ministry of Health.

Dr Moeti said the just-ended Ebola outbreak proved that the WHO African region is capable of organising timely and effective emergency responses to local disease outbreaks:

“We also demonstrated the tremendous capacity of the African region. More than three quarters of the 360 people deployed to respond to the EVD outbreak came from within the region.”

No new laboratory cases of Ebola have been detected in DR Congo since June 2. As of July 24, there were 54 Ebola cases. Of these 38 were confirmed and 16 were probable. Of the 33 cases who died, 17 were from among the confirmed EVD cases.