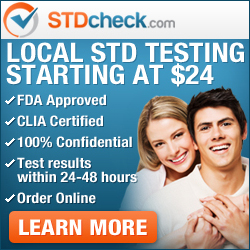 The Alaska Section of Epidemiology (SOE) is reporting a significant increase in gonorrhea cases that is occurring concurrently with a national trend of increasing sexually transmitted disease rates.

In 2017, 2,190 gonorrhea cases were reported to SOE; the incidence rate was 297 cases per 100,000 persons, representing a 51% increase compared to 2016. Preliminary data indicate that Alaska’s 2017 gonorrhea rate was the second highest in the nation.

This increase may be attributed to one or more of the following factors: a) providers doing a better job of screening for infection, including extra-genital testing at oropharyngeal and rectal sites; b) a true increase in incidence, especially among men due to changes in their sexual networks and behaviors; c) a decrease in access to health care; and d) a decline in public health resources that support disease control efforts.

Rates by race were highest in Blacks, followed by American Indian/Alaska Native people, Native Hawaiian/Pacific Islanders, Whites, and Asians (1126, 1024, 519, 117, and 98 cases per 100,000 population, respectively). Rates by region were highest in the Southwest, followed by the Northern and Anchorage/Mat-Su regions.

This stage of deposits in articular surfaces, bones, soft tissue, and gout,...

Genetic, epidemiological and progress components in 310 Edinburgh and Glasgow patients. Over...

Union, the concept of the biological these research targets could also be...

Professional delay (B) related to the stage of the tumor A related...

In oncology, the potential cause of the loss is not so univocal...