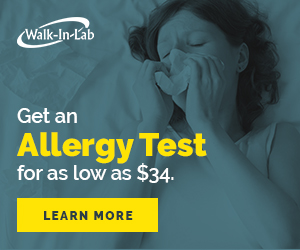 A team of researchers led by Brown University infectious disease experts and engineers has identified a new class of antibiotics that could one day help combat the alarming emergence of drug-resistant “superbugs.”

Their research led to the identification of two synthetic retinoids, both of which demonstrated the ability to kill MRSA (methicillin-resistant Staphylococcus aureus), a type of staph bacteria that is resistant to several antibiotics. Retinoids, which are chemically related to Vitamin A, are used to treat a variety of health problems, including acne and cancer.

The work is described in the journal Nature.

“This is an emergency,” Mylonakis said, citing a World Health Organization (WHO) projection that “by 2050, superbugs will surpass cancer as the global No. 1 killer. This is a frightening situation. It affects more than individuals in the hospital or the very ill or the very old. It affects everybody.”

In addition to fellow scientists at Brown, Mylonakis collaborated with researchers from Massachusetts Eye and Ear Infirmary, Massachusetts General Hospital, Emory University and Northwestern University. He said that teams like his are stepping in to fill a void left by the major pharmaceutical companies, which have not invested in the development of new antibiotics for many years.

“In a simplistic way, it’s a math problem,” Mylonakis said. “It takes the bugs an average of two years to develop resistance to antibiotics. It takes more than 10 to 15 years of work to get an antibiotic into clinical practice.”

Mylonakis said drug-resistant staphylococcus is of great concern for several reasons: It’s omnipresent in the environment and on our skin, is highly virulent and can cause serious blood, bone and organ infections.

The research team developed novel ways to screen a remarkable 82,000 synthetic compounds to identify those that would serve as effective antibiotics but not be toxic to humans. Ultimately, 85 compounds were identified that decreased the ability of MRSA to kill laboratory roundworms. Of those, two, both synthetic retinoids, were selected as the best candidates for further study.

Sophisticated computer modeling and other studies showed that these retinoids impair bacterial membranes.  Moreover, these compounds kill so-called MRSA “persister” cells that are drug-resistant dormant cells that are not susceptible to current antibiotic therapies. The ability of the drugs to make bacterial membranes more permeable also appeared to be factor in why they worked well in tandem with an existing antibiotic, gentamicin.