Canada: Clostridium difficile infections down by 36 percent in hospitals

Rates of C. difficile infections have decreased 36% in hospitals across Canada, although the virulent NAP1 strain associated with severe illness and deaths is the most common strain, according to research published in CMAJ (Canadian Medical Association Journal)

Clostridium difficile is the most common infectious cause of diarrhea in hospitalized patients in developed countries, causing severe illness and occasionally death. Seniors and people on antibiotic treatment are most vulnerable to infection. However, the NAP1 strain of C. difficile, which is most virulent and can be resistant to treatment with fluoroquinolone antibiotics, has emerged in healthy people and in the community, spreading after several epidemics in the early 2000s.

A pan-Canadian team of researchers from the Canadian Nosocomial Infection Surveillance Program looked at data from 42-53 acute care hospitals over 7 years (2009-2015) to understand patterns of NAP1 strain and effect of infection on patient outcomes. A total 20 623 cases of hospital-acquired C. difficile occurred, mostly in hospitals with more than 200 beds. Infection rates decreased 35.8% across Canada by 2015, although the number of younger patients with the disease increased.

Improvements in infection-control measures (such as improved testing, more judicious use of antibiotics, frequent handwashing, and better and more frequent cleaning of facilities) begun after outbreaks 10-15 years ago may have contributed to the decrease in infection rates.

The large study found an association between the NAP1 strain and death in patients aged 18 and older, not detected by earlier single-centre or provincial-level studies.

“Our findings suggest that, as the proportion of NAP1 strain isolates decreases in relation to all circulating strains, both the rate of health care-associated C. difficile infection and the number of severe cases can be expected to decrease relative to a peer hospital with a higher proportion of NAP1 circulating isolates,” says Dr. Kevin Katz, North York General Hospital, Toronto, Ontario.

“Infection prevention and control practices, antimicrobial stewardship and environmental cleaning should continue to be strengthened at the local level, as these areas positively affect institutional rates of health care-associated C. difficile infection, regardless of circulating strain types.” 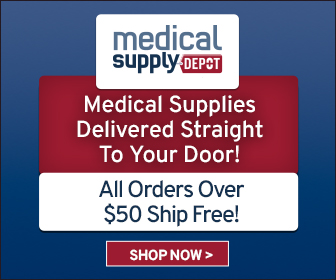