CDC flu update: ‘Remains high for most the US’, ‘Spot’ shortages of antivirals reported

by News Desk
January 27, 2018
Headlines, US News
No Comments 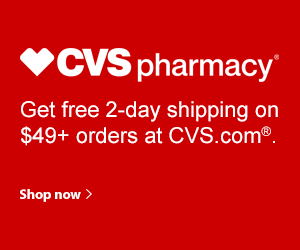 During the Centers for Disease Control and Prevention (CDC) update on flu activity in the United States Friday, director of CDC’s Influenza Division, Dr. Daniel Jernigan said while flu activity is beginning to go down in parts of the country, it remains high for most the U.S., with some areas still rising.

Most people with influenza are being infected with the H3N2 influenza virus. And in seasons where H3N2 is the main cause of influenza, we see more cases, more visits to the doctor, more hospitalizations, and more deaths, especially among older people. This season now looking like the 2014-15 season where H3N2 predominated. In that season, was categorized as a high severity season.

For the week ending January 20, the rate of hospitalizations are very similar to what we saw in 2014-15, which was, as I said, a high severity season. This week, we’re reporting 41.9 per 100,000 is the rate for hospitalizations. The rate is about the same as it was in 2014-15. If you go back to the 2014-15 season, for that whole season, the total amount of hospitalizations was around 710,000 so we would expect at the end of this season to have something probably around that number.

If we look at what is happening at Doctor’s offices and emergency departments we are clearly seeing a lot of people going to see the doctor or being seen in urgent care settings. The number of people going in to see a doctor for influenza-like-illness increased again this week, rising to 6.6%; that means that 6.6% of all people coming into the clinics and emergency departments had influenza-like illness. This is the highest level of activity recorded since the 2009 H1N1 pandemic, which peaked at 7.7%.

Pneumonia and influenza deaths went up sharply to 9.1% this week and they’ve been elevated for three consecutive weeks. For two of the recent H3N2 seasons, 2012-13 and 2014-15 seasons, pneumonia and influenza deaths peaked at 11.1 and around 10.8 percent respectively. So we haven’t reached those peaks yet but it’s still early in the season so we may be getting to those we expect this season to reach or surpass those numbers as the season progresses.

For prevention, CDC is still recommending getting a flu shot. While getting a vaccine earlier in the season is better, there is still a lot of the season to go and vaccination now could still provide some benefit.