Follow
Home » Headlines » CDC: There is NO current multi-state measles outbreak in US

CDC: There is NO current multi-state measles outbreak in US 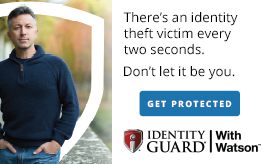 The Centers for Disease Control and Prevention (CDC) says there is no multi-state outbreak in the country currently, responding to several media accounts that there was a national outbreak.

“There is NO current multi-state #measles outbreak in US, the tweet notes.

“Some recent media reports misinterpreted CDC data. Number of US-reported cases in 2018 is similar to recent years & in expected range”.

So far in 2018, 107 individual cases of measles have been confirmed in 21 states and the District of Colombia.

The cost of measles: A CDC review

This year has seen eight local outbreaks of measles of three or more cases.

“Measles is still common in many parts of the world. Protect your family w/ #MMR vaccine”, CDC says.

In 2015, a large, multi-state measles outbreak linked to an amusement park in California.

Measles is a very contagious disease caused by a virus. It can be prevented with MMR vaccine. The vaccine protects against three diseases: measles, mumps, and rubella. CDC recommends children get two doses of MMR vaccine, starting with the first dose at 12 through 15 months of age, and the second dose at 4 through 6 years of age. Teens and adults should also be up to date on their MMR vaccination.