by News Desk
September 4, 2017
Animal diseases, US News
No Comments

Hanover Park is a suburb of Chicago and police in the village say they have been receiving reports from the public of malnourished or neglected stray dogs appearing as “zombie dogs”.

The Hanover Park Police Department say that these are stray or lost dogs, but in fact are urban coyotes suffering from sarcoptic mange.

There is unfortunately an increase in sarcoptic mange in the urban coyote populations which has caused these normally noctural animals to become more active during the day, police officials said.

Infected animals will often appear “mangy” – which looks just like it sounds. They suffer hairloss and develop secondary infections, eventually looking like some sort of “zombie” dog. The infections affect their vision, causing them to look for food during the daylight hours.

What is sarcoptic mange?

Sarcoptic mange is caused by a parasitic mite that burrows just beneath the surface of the skin, Sarcoptes scabiei.

The presence of the sarcoptic mite causes intense itching. The dog will chew and scratch its skin constantly. This leads to the loss of large amounts of hair, especially on the legs and belly. Eventually, the skin will become thickened and will darken.

Sarcoptic mange is highly contagious to other dogs and humans.

Police advise the public to not approach the coyotes and to keep their pets away from them. 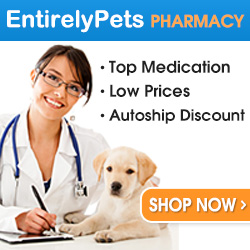