At least three players with the San Diego State University (SDSU) football team have contracted the contagious viral infection, chickenpox and fears are that more may be infected.

According to a report in The Score, Offensive lineman Ryan Pope and linebackers Tyler Morris and Temerick Harper have contracted the usually benign childhood disease.

“I’m afraid that it might not be just three of them,” SDSU head coach Rocky Long told Kirk Kenney of the San Diego Tribune. “The team’s been together for a whole week now. It’s dramatic if we lose a few more. … What if it hits 10 other ones?”

Chickenpox is caused by the varicella-zoster virus (VZV), a member of the herpes family. This virus causes two distinct diseases; varicella (chickenpox) is the primary infection, and later when VSV reactivates, herpes zoster (shingles). 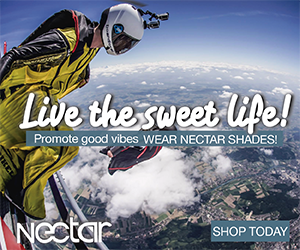 Chickenpox is highly contagious and is spread by coughing and sneezing, by direct contact and by aerosolization of the virus from skin lesions. You can also get it by contact with the vesicle secretions from shingles.

The disease is characterized by fever and a red, itchy skin rash of that usually starts on the abdomen, back or face and then spreads to nearly all parts of the body. The rash begins as small red bumps that appear as pimples or insect bites. They then develop into thin-walled blisters that are filled with clear fluid which collapse on puncture. The blisters then breaks, crusts over, and leaves dry brown scabs.

The chickenpox lesions may be present in several stages of maturity and are more abundant on covered skin rather than exposed. Lesions may also be found in the mouth, upper respiratory tract and genitals.

Chickenpox is contagious from 1-2 days before the rash forms and continues until all the lesions are crusted over (usually about 5 days).

This disease is more serious in adults than in children. Complications of chickenpox are rare, but include pneumonia, encephalitis and secondary bacterial infections.

Infection with this virus usually gives lifelong immunity, though second attacks have been documented in immunocompromised people. The viral infection remains latent, and disease may recur years later as shingles.

To prevent this disease in children, a vaccine was licensed for use in 1995. Doctors recommend that children receive the chickenpox vaccine at 12 to 15 months and then a booster at 4 to 6 years old. The vaccine is effective at preventing mild infection in up to 85% of children and severe forms in up to 95% of children. Some kids who get immunized will still get chickenpox, though with much milder symptoms.

Some people should not get vaccinated for chickenpox; in particular pregnant women. They should wait to get the vaccine until after they give birth or women should not get pregnant until 1-3 months after vaccination.

For children older than 13 and those adults who have never had chickenpox, the chickenpox vaccine should be given in two doses at least 28 days apart.

In addition, those that have a suppressed immune system due to a disease (HIV/AIDS) or a treatment (cancer treatment or steroids) should check with their physician prior to getting immunized.