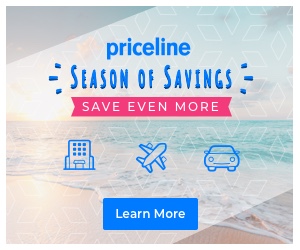 The U.S. Food and Drug Administration today permitted marketing of a new diagnostic test to aid in detecting a type of herpes virus called cytomegalovirus (CMV) in newborns less than 21 days of age.

“Although most people who become infected with cytomegalovirus face little to no risk of serious illness, the virus has the potential to cause serious illness for people with weak immune systems and in newborn babies,” said Tim Stenzel, director of the Office of In Vitro Diagnostics and Radiological Health in the FDA’s Center for Devices and Radiological Health. “This test for detecting the virus, when used in conjunction with the results of other diagnostic tests, may help health care providers more quickly identify the virus in newborns and determine the best approach for the child.”

CMV, a new Idaho law and a personal story

The Alethia CMV Assay Test System is used as an aid in the diagnosis of congenital CMV infection by detecting CMV deoxyribonucleic acid (DNA) from a saliva swab. Test results should be used only in conjunction with the results of other diagnostic tests and clinical information.

CMV risk far outweighs Zika: Most common viral cause of birth defects in the US

The FDA reviewed the Alethia CMV Assay Test System through the de novo premarket review pathway, a regulatory pathway fornovel, low-to-moderate-risk devices of a new type. Along with this authorization, the FDA is establishing criteria, called special controls, which determines the requirements for demonstrating accuracy, reliability and effectiveness of tests intended to be used as an aid in the diagnosis of congenital CMV infection. These special controls, when met along with general controls, provide a reasonable assurance of safety and effectiveness for tests of this type. This action also creates a new regulatory classification, which means that subsequent devices of the same type with the same intended use may go through the FDA’s 510(k) process, whereby devices can obtain marketing authorization by demonstrating substantial equivalence to a predicate device.