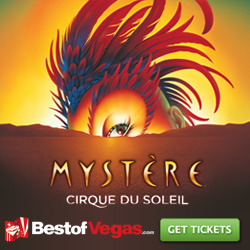 Since August 3, Tri-County Health Department (TCHD), the Colorado Department of Public Health and Environment and Arapahoe County, have been investigating Salmonella among people who attended the Arapahoe County Fair, or 4-H events associated with the fair, from July 21 to July 29. Nine cases of Salmonella have been identified so far.

“If you went to the Arapahoe County Fair or attended a 4-H event associated with the Fair and have these symptoms, we encourage you to see your health care provider,” said John M. Douglas, Jr., MD, Executive Director of Tri-County Health Department. “While symptoms usually resolve on their own, your health care provider can advise on whether you need additional treatment.”

Salmonella is a bacterium that causes an intestinal infection. Symptoms include diarrhea (sometimes bloody) and stomach cramps, and sometimes fever, nausea, and vomiting. The illness usually lasts four to seven days and most people recover without treatment. The severity of illness can range from mild symptoms to those serious enough to require hospitalization—however, illnesses to date have been relatively mild and no one has been sick enough to require hospitalization.

The time from exposure to Salmonella to when symptoms begin is generally 6 to 72 hours, but can be as long as 10 days. Salmonella is commonly found in the intestines of many animals including poultry, reptiles, amphibians, pigs, cattle, or pets. The infection is most commonly spread by eating food or water that has been contaminated with feces (stool) from an infected animal, or through direct contact with infected animals or areas contaminated by animal feces.

People who are infected with Salmonella have the germ in their feces and can spread infection if they do not adequately wash their hands and then touch food or objects others may put in their mouths.