Lyme disease is the most commonly reported vector-borne illness in the United States, but it can be confused with similar conditions, including Southern Tick-Associated Rash Illness (STARI). A team of researchers led by Colorado State University has identified a way to distinguish Lyme disease from similar conditions, according to a new study published Aug. 16 in Science Translational Medicine.

Senior author John Belisle, a professor in CSU’s Department of Microbiology, Immunology and Pathology, said the findings are significant.

“We were able to tell the difference between early Lyme disease and Southern Tick-Associated Rash Illness by using biomarkers that show us how the body reacts to these illnesses,” Belisle said. “This could be important in helping to more accurately detect early Lyme disease, which is crucial because the longer people wait for Lyme disease treatment, the higher the potential risk for having more severe symptoms.”

Current laboratory tests aren’t sensitive enough to detect Lyme disease infection with high accuracy in the first few weeks of illness. Adding to the complexity, researchers have yet to identify what pathogen causes STARI, which presents a rash and other symptoms nearly indistinguishable from that of Lyme disease: fatigue, fever, headache, and muscle pains. STARI cannot be diagnosed with the current test for Lyme disease.

The geographic boundaries of both diseases are expanding and will overlap even more in the years to come, making the need for a more accurate early test for Lyme disease all the more urgent.

The researchers used mass spectrometry to identify biomarkers of metabolic differences in the two diseases. In doing this, they were able to differentiate early Lyme disease from STARI with an accuracy of up to 98 percent. 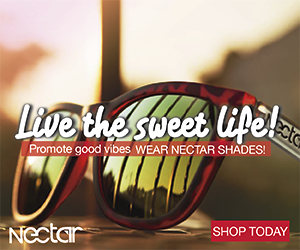 It's nearly impossible to find experienced people for this subject, however, you...

Participation in the Ontario health plan is voluntary; nonetheless, protection of residents...

Sepsis is the main reason for dying from peritonitis (shock, from sepsis...