The United Nations Children’s Fund (UNICEF) has called on the government of the Democratic Republic of Congo (DRC) to maintain vigilance in order to prevent future recurrences of Ebola virus outbreaks in the country.

The call came as the DR Congo declared an end to the Ebola epidemic crisis which ravaged the north-western Equateur Province since May 8.

In a statement, UNICEF commended the effective joint partner response coordinated by the DR Congolese Ministry of Health to treat the infected and stem the spread of the disease.

The organisation said its teams were deployed to the affected area with the specific mandate of protecting children from the direct and indirect impacts of the Ebola outbreak.

“In coordination with the Ministry of Health, World Health Organization and other partners, UNICEF centered its response on communication and community mobilization activities, water supply and hygiene promotion to prevent the spread of the disease, as well as the provision of psychosocial assistance to families affected by the epidemic.

“It is thanks to the cooperation of all the partners under the coordination of the Government of the DRC, that we’ve been successful in mobilizing communities to adopt behaviors and practices to contain the disease,” said Gianfranco Rotigliano, the UNICEF Representative in the DR Congo.

With support from several donors, UNICEF mobilized US$10 million funds for the response to the DR Congo Ebola epidemic. According to the WHO, the just ended outbreak of the Ebola was the ninth to hit the country since the virus was first discovered in 1976. 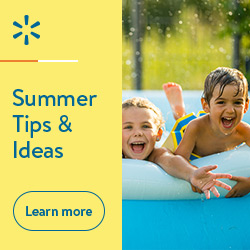