In an update on the multistate outbreak of E. coli O157:H7 infections linked to romaine lettuce, federal health officials report an additional 25 cases, bringing the total to 197 ill people from 35 states.

Eight-nine people out of 187 with available information (48%) have been hospitalized, including 26 who developed a type of kidney failure called hemolytic uremic syndrome.

Romaine lettuce from the Yuma growing region is past its shelf life and is likely no longer being sold in stores or served in restaurants.

According to the U.S. Food and Drug Administration, the last shipments of romaine lettuce from the Yuma growing region were harvested on April 16, 2018 and the harvest season is over.

The latest reported illness started on May 12, 2018. Most of the newly reported cases are people who became sick two to three weeks ago, still within the window when contaminated romaine was available for sale. Some people who became sick did not report eating romaine lettuce, but had close contact with someone else who got sick from eating romaine lettuce.

Save 10% On Orders Over $50 Site Wide At OldTimeCandy.com! Use Code: OTC618 At Checkout! Click Here!

In a post by FDA Commissioner Scott Gottlieb, M.D. and the FDA’s Deputy Commissioner for Foods and Veterinary Medicine,  Stephen Ostroff, M.D. Thursday they write:

Any contaminated product from the Yuma growing region has already worked its way through the food supply and is no longer available for consumption. So any immediate risk is gone.

Concerning the investigation they write:

Traceback pathways lead back to different farms, sometimes many farms, where possibly contaminated lettuce could have been harvested during the timeframe of interest. The only point of commonality in our traceback efforts to date is that all of the farms are located in the Yuma growing region. This region is where a large portion of the romaine lettuce supply in the United States comes from during the winter months.

If the explanation was as simple as a single farm, or a single processor or distributor, we would have already figured that out. The traceback diagram does show us that the contamination with E. coli O157:H7 was unlikely to have happened near the end of the supply chain (such as at a distributor) because there are no common distributors among the places that received and sold or served contaminated lettuce. The contamination likely happened at, or close to, the Yuma growing area.

We are actively evaluating a number of theories about how romaine lettuce grown on multiple farms in the same growing region could have become contaminated around the same time. It’s possible that contamination occurred on multiple farms at once, through some sort of environmental contamination (e.g., irrigation water, air/dust, water used for pesticide application, animal encroachment). Another possibility is that it happened just after the lettuce left the farm. We are examining all possibilities and as we investigate we learn more about a potential common source we will communicate this information with growers and consumers. But the source and mode of contamination may remain difficult to identify. 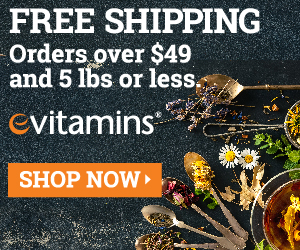 One thought on “E. coli outbreak: Death toll rises to 5”