In 2017, there were only 20 villages with cases of Guinea worm disease in two countries, both in Africa, compared to 23,735 villages in 21 countries on two continents in 1991. From January through December 2017, there were 30 indigenous Guinea worm cases reported provisionally in isolated areas of Chad and Ethiopia, the Carter Center announced Friday.

The provisional reports for 2017 totaled 15 cases in Chad and 15 cases in Ethiopia, the only remaining countries reporting ongoing cases of the disease. All of the cases in Ethiopia occurred in migrant workers from Oromia region on an industrial farm in Abobo district of adjacent Gambella region, where in 2016 individuals drank unfiltered water from a contaminated pond, resulting in an outbreak from September through December 2017. (It takes 12-14 months for the worm to emerge after contaminated water has been consumed.) Intensive interventions, including treatment of the pond with larvicide (donated by BASF), were undertaken in immediate response. Ethiopian health authorities have redoubled their surveillance and response efforts to interrupt transmission this year.

$10 Off + Free Shipping on Dog DNA Health Screen and Life Plan! Use code: DOGH18 at HomeDNA.com!

While there was a slight increase in cases this year, the ministries of health of these four countries are to be commended for their persistence and skill in tracking down cases and rumors of cases, often in insecure areas. In 2016, Chad, Ethiopia, and South Sudan reported 25 cases.

While human cases are dwindling, the Center and its partners also are addressing the challenge of Guinea worm infections in animals. As a result of interventions and changes in the way people handle fish and infected dogs in Chad, dog infections there were down 19 percent in 2017, and there was a 31 percent decline in the number of worms emerging from infected dogs. This is the first year that the Chad program has seen a reduction in dog infection compared to the previous year since infected dogs were first found there in 2012. Smaller-scale infections in animals also were being tracked in Mali and Ethiopia. No animal infections were detected in South Sudan for the second consecutive year since a single infected dog was found there in a household with a human Guinea worm case in 2015.

LISTEN: Guinea worm disease: A discussion about the ‘fiery serpent’

In 1986, Guinea worm disease afflicted an estimated 3.5 million people a year in 21 countries in Africa and Asia. Today, thanks to the work of strong partnerships, including the countries themselves, the incidence of Guinea worm has been reduced by more than 99.999 percent. 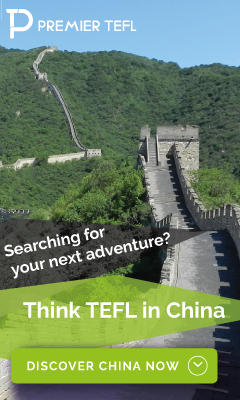 One thought on “Guinea worm disease: 30 cases reported in 2017, a slight increase”