As expected, according to the FAO EMPRES report filed on Germany’s latest bird flu outbreak, the subtype has now been identified as H5N8.

At the same time, Reuters is reporting that the H5N8 virus has now turned up at a poultry farm in Northern Italy, near Venice.

Dec 16 (Reuters) – Italy reported an outbreak of the highly pathogenic H5N8 bird flu virus on a turkey farm in the northeastern part of the country near Venice, the World Organisation for Animal Health (OIE) said on Tuesday.

While I was looking for confirmation, FluTrackers came through with acopy of the OIE report. 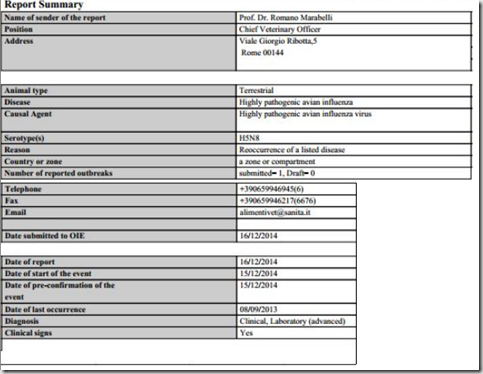 For more on the rapid spread of this recently emerged avian flu subtype you may wish to revisit: