by Press Release
October 6, 2017
Drugs and antibiotics, Research
No Comments 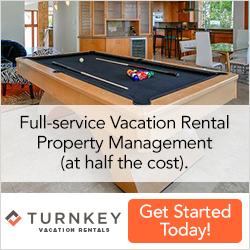 A collaboration years in the making between The College of Idaho and Boise State University in the research of the microscopic parasite Giardia has resulted in a three-year, $418,000 grant from the National Institutes of Health to develop new drugs treating Giardia infections.

C of I Associate Professor of Chemistry John Thurston and fellow researcher Ken Cornell, Associate Professor of Chemistry and Biochemistry at BSU, have been working together for the past 4.5 years as part of the IDeA Network of Biomedical Research Excellence (INBRE) initiative, aiding each other’s research in solutions to microbial infections. The pair worked together over the course of last summer to submit a grant proposal for new treatments against Giardia, which has officially been approved.

“I’m excited to see where this research can go,” said Thurston, who has worked on anti-microbial research for nine years. “The one thing I would like to see emerge from this is some fundamentally new classes of drugs tailored for the specificity of microorganisms to eliminate some of the harmful side-effects you see with currently available treatments.”

Giardia, a common parasite which can be found in all 50 states as well as internationally, lives in the intestines and is passed on through contact with the feces of those infected. Infected organisms often contract giardiasis, which causes intestinal symptoms such as diarrhea, nausea, stomach and abdominal cramps, as well as dehydration and weight loss.

Through the NIH grant, Thurston, Cornell, and their respective teams of undergraduate researchers will work to synthesize new drugs to serve as enzyme inhibitors against Giardia, decreasing its activity and ability to grow within the body. The goal is to create drugs with a high specificity — a lack of binding to other proteins — and high potency, reducing the occurrence of side effects.

Thurston and the C of I team will focus primarily on the synthesis of the new drugs, which will include gene cloning and inhibitor testing in enzyme arrays. These drugs will be sent to Cornell’s team at BSU, which will focus on testing how the drugs work against Giardia’s targeted enzymes.

Thurston said his lab at C of I has the aid of several student researchers, varying between four and nine depending on the season. During the summer, he expects some of his students will help with some of the efforts at BSU to use some of their facilities, as they did last summer for other projects his lab worked on.

“During the [last] summer, we did lots of enzymatic testing,” Thurston said. “It was also our one chance to use some of the analytical resources we needed, so it was easier for us to finish the same synthesis.”

While the grant is specifically focused on Giardia, Thurston said the research can be applied to most parasitic infections, opening the door to drugs that can target microorganisms safely and efficiently. He said he would like to see the research progress toward targeting other microbial parasites with biofilms similar to that of Giardia.

“A biofilm is an extracellular matrix that functions like armor in a lot of cases,” Thurston said. “It can reduce the ability of conventional medicines to reach the organism and inhibit it. Ultimately, I would like to see the research move toward eliminating these.”

Giardia in Black and White

Hope this is allowed here if not I understand. My husband was...