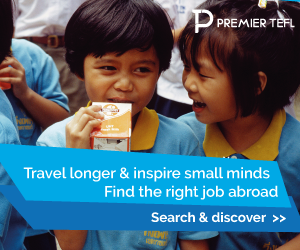 The confirmation of 11 diphtheria cases in the district of Raichur in the south Indian state of Karnataka has caused some concern to health authorities.

The Hindu reports 33 suspected cases with symptoms of diphtheria were swabbed and tested and 11 were confirmed positive.

Four deaths have been reported; however, health officials say it can not be confirmed that diphtheria is the cause of death.

Most patients were children ages 2- 15 and they are responding to medication and recovering.

Diphtheria is a dangerous respiratory disease is caused by a potent toxin produced by certain strains of the bacterium Corynebacterium diphtheriae. Diphtheria is extremely contagious through coughing or sneezing. Risk factors include crowding, poor hygiene, and lack of immunization.

Symptoms usually appear within a week of infection. This infection is characterized by a sore throat, coughing and fever very similar to many common diseases like strep throat. Additional symptoms may be bloody, watery discharge from the nose and rapid breathing. However, a presumptive diagnosis can be made by observing a characteristic thick grayish patch (membrane) found in the throat. In more severe cases, neck swelling and airway obstruction may be observed. In the tropics, cutaneous and wound diphtheria is much more common and can be a source of transmission.

The real serious danger is when the toxin that is produced by the bacterium gets into the bloodstream and spreads to organs like the heart and nervous system. Myocarditis, congestive heart failure and neurological illnesses of paralysis that mimic Guillain-Barre syndrome are most severe. Even with treatment, fatalities are still seen in up to 10% of cases.

Diphtheria can be treated and cured successfully with antitoxin and antibiotics if started early enough. The prevention of diphtheria is through vaccination.

This is very attention-grabbing, You're an overly skilled blogger. I've joined your...

This is an Edwards valve and has a titanium mesh to carry...

I am actually grateful to the holder of this website who has...

If the drug abuse is suspected later, the segmental analysis of hair...

handwritten books were made,...