Infections You Can Get From ‘Man’s Best Friend’

Man and dog – a relationship that is nearly as old as time itself. Protector of our homes, pulling our sleds, finding missing people in rubble after an earthquake, dogs have been invaluable to the human race.

However, dogs are indeed animals and exposure to dogs has the potential for a plethora of infectious diseases. Here is a summary of possible diseases and routes of infection:

Dogs have a diverse bacteriologic flora and many infections are polymicrobic in nature. Here are specific examples:

Pasteurella infections if not treated in a timely fashion, can lead to cellulitis and can spread to cause serious systemic infection.

It is for the most part considered an opportunistic pathogen, however can cause life-threatening septicemia in splenectomized people.

Campylobacter jejuni is a cause of canine diarrhea. Studies have shown an association between humans and close contact with sick puppies.

Dogs can act as a reservoir for human infection. Canine salmonellosis usually consists of fever, vomiting and diarrhea. However, many dogs can shed the bacteria in their feces asymptomatically. People get infected the same way as with Campylobacter, fecal-oral route.

Giardia can cause diarrhea in dogs and some studies have shown carrier prevalence in dogs of up to 25 percent.

This parasite is usually confined to young children under the age of five. Serious infection occurs when the larva migrates to the various organs or the eyes.

The most common fungi of dogs to cause ringworm in humans is Microsporum canis. Up to 30 percent of human cases of ringworm in urban settings are estimated to be animal in origin.

Ectoparasites
Dogs can bring certain vectors into the house that can infect humans. Fleas and ticks that carry Rocky Mountain Spotted Fever, the plague and lyme disease can bite and infect the human dog owner.

Canine scabies
Sarcoptic mange can be transmitted to humans, however most authors believe that the mites cannot complete their life cycle in humans. You’ll itch a bit then they’ll eventually die off.

This is merely a summary of potential infections you can get from your dog. There are many more to include leptospirosis and the tapeworm, Echinococcus. Of utmost importance, make sure you keep the animal’s rabies vaccinations up to date. 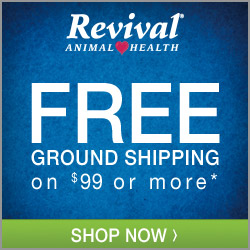