The U.S. Food and Drug Administration is alerting the public to a recall of Comforts FOR BABY Purified Water with Fluoride with certain sell by dates, sold by Kroger in various affiliated stores, due to potential mold contamination.

The Kroger Company has recalled Comforts FOR BABY Purified Water with Fluoride Added 1 GAL (3.78 L) with sell by dates from 4/26/2018 to 10/10/2018, after receiving complaints about mold in the product. Testing by Kroger has identified the mold as Talaromyces penicillium. The water is sold in clear containers, but the mold may not be visible with the naked eye.

Drinking water or other products contaminated with Talaromyces penicillium may affect infants who have HIV or other conditions that cause immune compromise.

In general, inhaling or touching mold or mold spores may cause allergic reactions in some people. Allergic responses include hay fever-type symptoms, such as sneezing, runny nose, red eyes, and skin rash. Allergic reactions to molds are common and can happen immediately after touching or inhaling mold spores, or later. Molds can also cause asthma attacks in people with asthma who are also allergic to mold. Molds can irritate the eyes, skin, nose, throat, and lungs, even in people who aren’t allergic to them.

If you have purchased this water return it to the store for a refund. 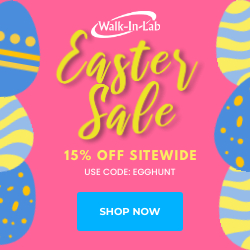