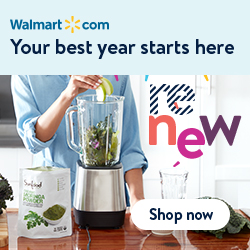 Four people who became ill between Jan. 22 and Jan. 27 all reported spending some time at the Crookston Inn and Convention Center prior to their illnesses. None of the ill people were overnight guests at the hotel, but all visited the hotel for various occasions.

The Minnesota Department of Health (MDH) investigators are working with the hotel to determine what the source of the Legionella bacteria may be. At this time, early evidence and past experience suggests the source of the infections is the hotel’s spa.

Hotel management has temporarily closed the spa and pool area to guests. MDH staff are working with hotel staff to clean and decontaminate the spa and pool facility. The hotel is notifying guests for whom they have contact information who were at the hotel between Jan. 14 and Feb. 13 that they may have been exposed to Legionella.

MDH investigators said it’s possible other cases with links to the hotel could still emerge. “If you spent time at the hotel between Jan. 14 and Feb. 13 and are ill with undiagnosed pneumonia or you develop symptoms in the two weeks following your visit, please see a health care provider to be evaluated for possible Legionnaire’s disease,” said Kris Ehresmann, director of the infectious disease division at MDH.

In 2018, Minnesota had more than 150 cases reported around the state.

Legionella bacteria can cause a serious type of pneumonia called Legionnaires’ disease. The bacteria can also cause a less serious illness called Pontiac fever. Legionnaires’ disease is very similar to other types of pneumonia, with symptoms that include cough, shortness of breath, fever, muscle aches, and headaches. Less common symptoms include diarrhea, nausea, and confusion. Symptoms usually begin two to ten days after being exposed to the bacteria, but it can take longer so people should watch for symptoms for about two weeks after exposure.

Most healthy people exposed to Legionella do not get sick. People at increased risk of getting sick are:

In general, people do not spread the bacteria to other people. Legionella bacteria are found naturally in the environment, usually in water. The bacteria grow best in warm water, like the kind found in hot tubs, cooling towers, hot water tanks, large plumbing systems, and decorative fountains. People get infected when they breathe in a mist or vapor containing the bacteria.