The New York State Departments of Health and Agriculture & Markets cautioned New York residents, visitors and farmers about the continued importance of taking measures to protect against ticks, as a new tick species has been found in the state. The Haemaphysalis longicornis tick, commonly known as the “longhorned tick,” was recently discovered in multiple locations in Westchester County.

New York State Department of Health research scientists collaborated with researchers at Fordham University and at the Lyme Disease Diagnostic Center of New York Medical College to identify these ticks. The identifications were confirmed by the Rutgers University Center for Vector Biology and the United States Department of Agriculture (USDA).

While the longhorned tick has transmitted disease to humans in other parts of the world, more research is needed to determine whether this can happen in the United States. Regardless, New Yorkers should continue to take steps to protect themselves, their children and their pets against ticks and tickborne diseases that are present in New York State.

This tick is also a concern for the New York State agricultural industry and may pose a threat to livestock. Farmers should continue to work with their veterinarians to check their animals, particularly cattle, sheep and horses, for exposure to ticks and to ensure their parasite control plans are up to date and working. Symptoms of tick-borne disease in cattle include fever, lack of appetite, dehydration, weakness and labored breathing.

The Department of Agriculture and Markets encourages livestock owners and veterinarians to also be vigilant for unusually heavy tick infestations. If longhorned ticks are suspected, farmers should consult with their veterinarians and contact the New York State Department of Agriculture and Markets Division of Animal Industry at 518-457-3502 or [email protected].

The longhorned tick is not native to the United States and is commonly found in Australia, New Zealand and eastern Asia. However, these ticks have been found recently in New Jersey, Virginia, West Virginia, North Carolina and Arkansas.

State Health Commissioner Dr. Howard Zucker said, “Taking steps to protect yourself, your children and pets against ticks is the best way to prevent tick bites and tickborne diseases. We will continue to conduct surveillance and research on this new type of tick, but it is encouraging that the same steps that protect against deer ticks are also effective against the longhorned tick.”

State Agriculture Commissioner Richard A. Ball said,“While we continue to learn more about the longhorned tick, it is evident that this species may possibly cause illness not only in humans, but also in livestock and our pets. We encourage farmers to be vigilant and keep a watchful eye out for this tick to protect their animals and stay ahead of any potential problems for the livestock industry in New York State.” 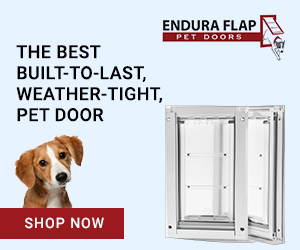 One thought on “Longhorned tick found in New York State”