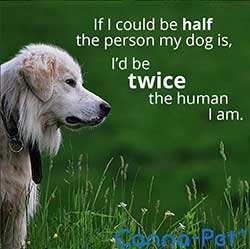 Following cases of Crimean-Congo hemorrhagic fever (CCHF) reported this spring and summer, the Mauritania Ministry of Health has reported an addition CCHF case last week in a 48-year-old male farmer from Haye Sakin community in Dar Nairn, at the outskirt of the capital city, Nouakchott.

He fell sick on Nov. 11 and was later treated and discharged last week.

The frequency of these events affirms the relative prevalence of the pathogen and the reservoir and vector for CCHF virus (Hyalomma ticks) in the country.

According to the WHO, Crimean-Congo hemorrhagic fever is a widespread disease caused by a tick-borne virus (Nairovirus) of the Bunyaviridae family. The CCHF virus causes severe viral hemorrhagic fever outbreaks, with a case fatality rate of 10–40%.

CCHF is endemic in Africa, the Balkans, the Middle East and Asian countries south of the 50th parallel north – the geographical limit of the principal tick vector. The hosts of the CCHF virus include a wide range of wild and domestic animals such as cattle, sheep and goats.

One thought on “Mauritania: CCHF case reported outside of Nouakchott”