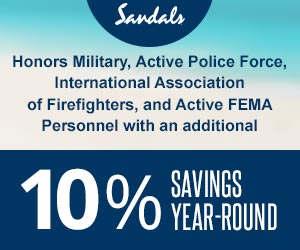 Multnomah County confirmed a case of measles in the Portland metro area last week and has worked with local partners to notify approximately 500 individuals of their potential exposure. The Health Department’s Communicable Disease Services team is also monitoring the health status of about 40 individuals who were exposed and are considered non-immune. Health officials have not identified any additional cases of measles.

Measles is a highly contagious and potentially serious illness caused by a virus. It is spread through the air after a person with measles coughs or sneezes. People with measles can spread the virus to others before they show symptoms. The virus can also linger in the air for minutes to hours after someone who is infectious has left.

“Measles is a serious disease that was basically eliminated in the United States thanks to routine childhood vaccination,’’ said Dr. Jennifer Vines, Multnomah County Deputy Health Officer. “When we see measles today, it is rare and usually the result of a person who was unknowingly infected while traveling outside the United States.”

Officials confirmed the case on June 27, 2018 in a person who visited a local emergency room and spent time in a Gresham childcare center. Because most people in our area have been vaccinated against measles, the risk to the general public is low. For this exposure, public health officials expect symptoms in anyone newly infected to appear by mid-July at the latest.

Multnomah County Health Department officials have been working closely with Adventist Health Portland, the childcare center, and others to notify people who were in the same locations as the affected person. A third location in Clackamas County, has also been notified, although officials believe the risk of measles to those individuals is low.

Measles poses the highest risk to people who have not been vaccinated, to pregnant women, infants under 12 months and people with weakened immune systems. A person is considered immune to measles if ANY of the following apply:

“Because measles is so contagious, high levels of immunity in the community are needed to prevent its spread,” says Dr. Vines. “Now is a very good time to make sure you and your children have been vaccinated against measles, especially if you are planning to travel this summer.”