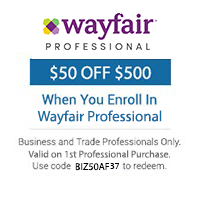 The Sierra Leone Ministry of Health and Sanitation has confirmed a new outbreak of measles with 19 confirmed cases registered in the Koinadugu north of the country.

There is a high risk of the disease spreading beyond Sierra Leone because the affected district lies on the border with Guinea. Ministry of Health Chief Medical Officer Dr Brima Kargbo said the 19 cases came from the Mongo and Sulima local government areas of Koinadugu.

“We are doing everything to bring this outbreak under control, with teams already on the ground leading the response. Given the location of the affected communities, we are working with our counterparts in Guinea to ensure continued collaboration on measles vaccination efforts, community engagement and surveillance,” Dr Kargbo said.

The government is planning an emergency vaccination program to cover the Koinadugu area It is encouraging mothers and caregivers across the country to ensure that children under 2 years of age received their two doses of the measles marklate, first at 9 months and second at 15 months, for protection against the disease.

Measles is a vaccine-preventable disease caused by a virus that can spread quickly and cause severe illness, disability and deaths among unvaccinated children under 2 years of age.