Wales health officials have declared a measles outbreak as six confirmed cases have been reported in South East Wales.

Confirmed cases have been reported Cardiff, Newport and Blaenau Gwent with probable cases under investigation.

Public Health Wales said although cases are distributed across South East Wales, the first few cases are thought to have been exposed to an unknown highly infectious case in early February. This is because investigations have revealed that all were in the same location in Cardiff city centre on the same day.

The outbreak has prompted health officials to urge young adults and teenagers to make sure they are protected against measles with two doses of the MMR vaccine. In addition, parents are also urged to make sure their children are fully protected.

Dr Gwen Lowe, Consultant in Communicable Disease Control for Public Health Wales, said: “Measles is highly infectious and the only way to prevent large outbreaks is through vaccination. As this outbreak has shown, even being in the same proximity as a stranger in the first stages of measles can result in infection.
“We urge parents whose children have not received two doses of MMR to ensure that they speak to their GP immediately to arrange this quick, safe and effective vaccine.

“Adults who have never had measles or the MMR vaccine, and who work in close contact with children, are also urged to ensure they speak to their GP about vaccination.” 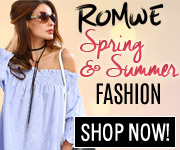