Melbourne: Three cases of Legionnaires’ disease are being investigated

Three cases of Legionnaires’ disease are being investigated by the Department of Health & Human Services to determine a possible link to cooling towers in the south eastern area Melbourne’s Central Business District.

Victoria’s Deputy Chief Health Officer, Dr Brett Sutton, said the three men all report working in or visiting the CBD in the days before they became unwell. All had onset dates between February 6 and 14. The three, aged between 52 and 74, required hospital treatment and are now recovering.

Dr Sutton said the area south of Bourke St, between Queen and Spring Sts, was being investigated to try and find a common source. Two of the men had also been to Flinders Street railway station.

“My message to people who have visited the CBD between late January and earlier this month and who may be suffering from pneumonia or flu-like symptoms is to visit their GP who will assess the need for testing for Legionnaires’ disease,” Dr Sutton said.

“The Department is continuing to investigate these cases to seek to identify the possible source of their illness.”

Legionnaires’ disease causes flu-like symptoms such as headache, fever, chills, muscle aches and pains, followed by respiratory problems and pneumonia developing over three or four days. The onset can be up to 10 days after the initial contact with the bacteria.

The Only Snoring Solution With The Custom Accu-Adjust System! Try VitalSleep now!

High risk groups in the community are people aged over 50, heavy smokers, heavy drinkers, people with diabetes or chronic lung disease and those with lowered immunity.

Legionnaires’ disease infection is acquired through breathing in very fine droplets of water which contain the bacteria, such as spray drifts which are vented off from a contaminated cooling tower. Thorough management, decontamination and cleaning of affected towers is highly successful in eliminating risk. Testing and disinfection of cooling towers in the implicated area has commenced.

The Legionella bacteria occurs naturally in the environment, mainly in water and soil. It is normally in very low concentrations but can increase markedly, particularly in man-made aquatic environments with warm recirculating water, such as air conditioning cooling towers.

So far this year the department has been notified of 18 people who have contracted Legionnaires’ disease, with 11 notifications for the same period last year. There were 100 cases of Legionnaires disease notified in 2017, an increase from previous years when there was generally between 70 and 80 cases. 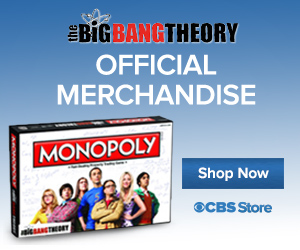 One thought on “Melbourne: Three cases of Legionnaires’ disease are being investigated”