by Robert Herriman
February 23, 2018
Animal diseases, US News
No Comments

Earlier this month, Michigan agriculture officials reported on two bovine tuberculosis positive cattle found at a processing facility led to the identification of a bovine TB positive roping cattle herd in Ottawa County, Michigan. The infected animals originated from an infected herd in Indiana, prior to that herd testing positive for bovine TB in December 2016.

“The thorough investigation done by the Michigan Department of Agriculture and Rural Development and U.S. Department of Agriculture staff allowed us to find this herd quickly,” said Jarold Goodrich, DVM, acting assistant state veterinarian. “We were able to remove the exposed animals for testing in a rapid manner and will be working to identify any other farms that may be involved.”

Whole genome sequencing, which is a specific test that can identify the DNA of the TB bacteria, was used to confirm that the bovine TB found in the Ottawa County infected animals was similar that of an infected Indiana herd. The type of bovine TB that has been found in both cattle and white-tailed deer in the northeastern Lower Peninsula of Michigan is not related to the herds in Ottawa and Kalamazoo counties.

In 2016, Indiana identified two beef herds and one white-tailed deer as bovine TB positive, all within Franklin County. Currently, Indiana is one of six states – Nebraska, New Mexico, South Dakota, Texas and Michigan – with infected herds.

As a part of MDARD’s response, a three-mile surveillance area has been established around the affected farm in Kalamazoo County. Farms within this special surveillance area will have six months to complete bovine TB testing. These farms will be identified by MDARD and notified through individual letters. 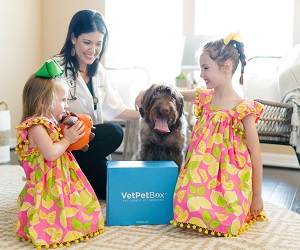 Hello It is a reality of life that you will suddenly die some...

The measurement of the lesion is identifed by palpating the cartilage with...

Although the demographic part is totally пїЅscripted,пїЅ the interviewer has some freedom...

My brother recommended I would possibly like this blog. He was once...

Wow, awesome blog layout! How long have you been blogging for? you...

I know this site provides quality depending content and extra material, is...