The Michigan Department of Health and Human Services (MDHHS) has confirmed a second case of measles in Michigan for 2018.

This case is unrelated to Michigan’s first case which occurred in March. Both cases were the result of exposure outside of the country, emphasizing the higher risk of measles during international travel and the importance of being protected against the disease by vaccination.

The ill individual arrived on June 12 at approximately 3:45 p.m. at Detroit Metropolitan Wayne County Airport (DTW) at the international arrivals area of the McNamara Terminal and was considered contagious at that time. Health officials are in the process of contacting potentially exposed passengers from the flight.

In addition to the possibility of exposing people at the airport, the ill individual also presented at the following places:

Measles is a vaccine-preventable respiratory infection that can result in hospitalization, pneumonia, encephalitis, and death. The illness begins with a high fever, red eyes, cough, runny nose, and is followed by a red, raised body rash starting on the head and face that then spreads to the rest of the body. Measles patients often experience eye pain and sensitivity to light. Cases can be contagious a few days before the rash appears, which increases the possibility of unknowingly exposing others.

“Immunizations are the best way to protect our families and communities from the harmful, sometimes deadly consequences of vaccine-preventable diseases like measles,” said Dr. Eden Wells, chief medical executive with the MDHHS. “If you have questions about a child’s vaccination status or your own vaccination history, talk to your doctor right away to ensure your family has optimal protection.”

Because measles is easily spread, vaccination is the best protection against the disease. Successful prevention and control of measles requires high levels of immunity in all communities.

The measles vaccine is highly effective and very safe. Adults who do not have evidence of immunity against measles should get at least one dose of the vaccine. The first of two routine childhood measles vaccine doses is given at 12 months of age. A second vaccine dose is given before the start of kindergarten.

For international travel, infants as young as 6 months should be vaccinated against measles. Measles vaccine, or other acceptable documentation of immunity to measles, is recommended for all persons travelling internationally.

Measles is a rare disease in the United States as a result of inclusion of the measles vaccine in routine childhood immunization since the 1960s.  However, measles continues to be common in other countries.

This year several countries in Europe are reporting significant measles outbreaks, including France, Italy, Germany, England, Romania, and Ukraine, among others. Recent outbreaks have also been reported in Venezuela, Colombia, and Brazil.

From 2001 – 2012, the average number of measles cases reported nationally per year was about 60. But in recent years there have been more, which is of great concern to public health authorities. In 2017, there were 118 cases in the U.S. including two cases in Michigan; the majority of people who got measles were not vaccinated. 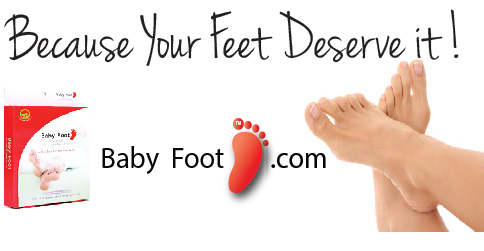 One thought on “Michigan reports 2nd measles case of 2018”