Namibian Field Epidemiology and Laboratory Training Program (FELTP) epidemiologists, Ministry of Health community health workers, and Red Cross volunteers, are conducting active case finding in the community and health facilities, referral to health facilities for treatment, and distribution of water purification tablets and education on hepatitis E prevention to households. Identification of cases among pregnant women and education of pregnant women living in informal settlements about hepatitis E is being prioritized.

The clinical course of hepatitis E is similar to that of hepatitis A with no chronic form of the disease. Jaundice, fever, loss of appetite and lethargy are common symptoms.

People are infected primarily through the fecal-oral route, usually through contaminated water or food. There have been several cases of hepatitis E infection in France due to eating raw figatellu, which is made with pig liver.

Much like hepatitis A, the fatality rate is low with the exception of pregnant women where it can reach 20% among those infected in the third trimester. Liver failure is a frequent outcome with pregnant women.

Hepatitis E is found endemically in countries that have inadequate environmental sanitation. It is most frequently seen in Asia, Africa, Central America and the Middle East.

According to WHO, every year, there are an estimated 20 million hepatitis E infections worldwide, leading to an estimated 3.3 million symptomatic cases of hepatitis E, and 56,600 hepatitis E-related deaths. 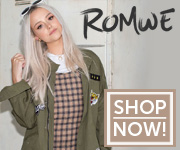