Brain cysts from a pork tapeworm infection are one of the most common causes of seizures worldwide. Identifying the infection – called neurocysticercosis – is key to ensuring appropriate treatment, according to the first comprehensive guidelines on the condition, released by the Infectious Diseases Society of America (IDSA) and the American Society of Tropical Medicine and Hygiene (ASTMH) and published in the journal Clinical Infectious Diseases.

Every year in the United States more than 2,000 people are hospitalized with neurocysticercosis at a cost of $100 million. Most are people who have traveled to the United States from developing countries in Latin America, Africa or Asia, where the tapeworm is common. Treatment varies according to the specific form of neurocysticercosis and ranges from steroids, anti-epileptic drugs (AEDs) and anti-parasitic medications to surgery, note the guidelines.

“Forms of the infection can range from single cysts that may be relatively harmless to blockages in the ventricles that cause pressure and fluid on the brain and can be deadly if they’re not surgically removed,” said A. Clinton White, MD, lead author of the guidelines and professor of infectious diseases at the University of Texas Medical Branch, Galveston. “Neurocysticercosis is an important problem in the United States and the right diagnosis and treatment are critical, which is why it requires management by a team that includes infectious diseases specialists, neurologists and often neurosurgeons.”

Neurocysticercosis most often spreads from person to person. The tapeworm eggs hatch in the intestine and spread throughout the body, including the brain, where they cause the most problems. When they reach the brain, they form cysts, leading to neurocysticercosis.

The most common symptoms of neurocysticercosis are seizures and headache caused by increased pressure in the brain. Other possible symptoms include nausea, vomiting, dizziness and altered mental status.

When neurocysticercosis is suspected, the patient should have both a computed tomography (CT) and a magnetic resonance imaging (MRI) exam, the guidelines note. To confirm the diagnosis, theguidelines also recommend ordering a blood test called an enzyme-linked immunotransfer blot (EITB) rather than an enzyme-linked immunosorbent assay (ELISA), which is less sensitive.

The imaging tests help determine the form of neurocysticercosis and therefore, treatment. Those who experience epileptic seizures (which can occur in anyone with neurocysticercosis) benefit from AEDs. Steroid and anti-parasitic medications may help speed up healing in people with a single live brain cyst. Those with multiple viable cysts should be treated with a combination of anti-parasitics. In other cases, the cyst can block a ventricle, which can be fatal and needs to be removed surgically using a minimally invasive procedure called neuroendoscopy. Some patients develop hydrocephalus (a buildup of cerebrospinal fluid in the brain) and may require a shunt to drain the fluid.

“Neurocysticercosis is a serious problem, but with optimal diagnosis and treatment patients can be managed effectively,” said Dr. White. 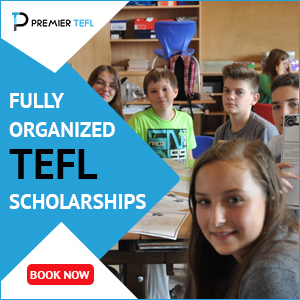