In an article published this week in the journal Stem Cell Reports, Professor of Biological Science Hengli Tang and his postdoctoral researcher Jianshe Lang take a deep dive into the differences between Zika and the Dengue virus.

On the surface, these viruses are very similar — they are both delivered by mosquito and their genetic material is organized similarly. Yet, Zika is much more effective at penetrating the body’s natural barriers against infections and leaves behind a trail of devastating effects on infected fetuses.

“We were really looking at one specific aspect,” Tang said. “Does Zika virus get to more sites because of the ability to disseminate through the body better than Dengue?”

Tang and Lang found Zika has a unique ability to ferry the virus throughout the body when most viruses would be stopped.

It all has to do with a type of immune cell called a macrophage.

These warriors of the immune system basically engulf any type of foreign substance — cellular debris, cancer cells, microbes — that don’t make the proper proteins consistent with healthy body cells. Macrophages typically float throughout the bloodstream and when a virus invades, they flock to the site of the disease to fight it. That’s what happens when Dengue enters the body. It’s not, however, what happens when Zika enters the body, researchers found.

Researchers grew macrophages from stem cells in Tang’s lab. They then exposed these cells to either the Zika virus or the Dengue virus. The macrophages were then subjected to a test that measured the mobility of the infected cells.

In the Dengue experiment, the macrophages were essentially immobilized as they stayed in one spot to fight the infection. The ones infected with Zika virus, however, maintained their ability to migrate on glass slides.

That could be why the Zika virus is so effective, Tang said. In a mammal, the Zika-laden macrophages would have continued to float through the bloodstream.

“They’re hitching a ride on macrophages to other parts of the body,” Tang said.

Furthermore, Tang said, it appears that the Zika virus is actively suppressing the macrophage’s ability to carry out its typical duties in fighting disease.

“Now the question is, with the increased ability to spread throughout the body, does Zika virus also use these infected macrophages to cross the placenta barrier, the blood-brain barrier and the testicular barrier?” Tang said. “If you understand how they cross these barriers, then you can develop more effective countermeasures to protect people.”

Though Zika was discovered in 1947, little was known about how the virus worked when reports surfaced of a surge in cases worldwide in late 2015. Researchers and medical professionals rushed to learn as much as they could about the virus, but many questions remain as to how the virus actually functions. Tang and his colleagues at Johns Hopkins University were the first group of researchers to officially link Zika to microcephaly, a brain abnormality that occurs in developing fetuses. 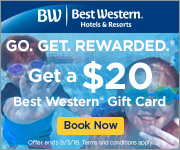