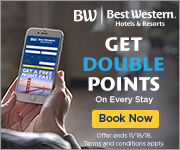 Legionnaires’ disease is a serious form of lung infection.  It is caused by breathing in droplets of water that have been contaminated with Legionella bacteria.  Symptoms usually begin within 2 to 10 days.  Symptoms may include headaches, muscle pain, chills, fever over 104 degrees.  After 2 or 3 days, additional symptoms may begin, such as shortness of breath, a cough that can become bloody, chest pain, nausea, vomiting, diarrhea, and mental confusion.  People over the age of 50 tend to be the hardest hit by this serious lung infection.

The extracellular and metronidazole sensitivity returns inside 15 min and part is...

buy generic cialis In addition, this nutrient is esse...