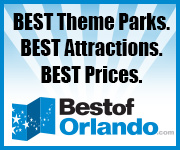 The individual was an adult living in the southeastern part of the state. To protect patient confidentiality, the department is not releasing additional details.

“These infections are rare, but this is a tragic reminder that they can be fatal,” said State Public Health Veterinarian Carl Williams. “We see most cases of West Nile virus from July through November, but you can still enjoy the outdoors by reducing mosquito populations around your home and through proper use of repellents.”

According to the Centers for Disease Control and Prevention, most people who become infected with West Nile virus experience no symptoms or a mild, flu-like illness. However, about 20 percent of people who are infected will develop a fever with other symptoms such as headache, body aches, joint pains, vomiting, diarrhea or rash. In about 1 percent of infections, West Nile virus can cause a severe illness affecting the central nervous system, such as encephalitis (inflammation of the brain) or meningitis (inflammation of the membranes that surround the brain and spinal cord).