by News Desk
August 5, 2019
Headlines, US News
No Comments

An Ohio woman has been left without her limbs following a rare bacterial infection contracted from a lick from her dog.

According to a Fox 8 Cleveland report, Marie Trainer and her husband just returned from a Caribbean trip and were greeted by their dogs and doctors suspect they might have accidentally licked a small scrape on Marie’s arm.

The organism causes dozens of large blood clots, that restrict blood flow and lead to necrosis and gangrene.  Doctors repeatedly removed dozens of clots from Marie’s limbs, trying to save them, but too much damage was already done to the tissue.

Without the amputations, doctors told the family Marie would die.

Trainer was in a coma for 10 days, had a total of eight surgeries, and spent 80 days in the hospital — but she lived.

“It was very hard to find out when they first told me, and that they had to remove my legs and my arms,” says Marie, her eyes welling with tears. Her last memory before being hospitalized is laying down on her couch, feeling unwell. “I mean, what do you do? [It’s] very hard to cope with.”

Capnocytophaga canimorsus is a relatively new reported pathogen (the first case reported about 40 years ago). It has been isolated from the saliva of healthy dogs and cats.

It is for the most part considered an opportunistic pathogen, causing little problems with healthy individuals, usually causing the most severe disease in those with a predisposing condition; splenectomy, chronic alcohol abuse, or immune system problems (steroid therapy, blood malignancies and AIDS).

Splenectomized individuals are 30 to 200 times more prone to die from bacterial infections because the spleen produces cells that become antibody-producing cells. Also the spleen is integral is sending out macrophages (cells that engulf and destroy foreign substances like bacteria in the bloodstream).

The clinical illness is typically one of severe septicemia, shock and disseminated intravascular coagulation. Other manifestations of the disease include cellulitis, gangrene, meningitis and brain abscesses. The infection with Capnocytophaga carries a 27% chance of being fatal.

This infection should be considered if a person is severely ill after a history of a dog bite (or cat bite) exposure. Good news is it is treatable with antibiotics. 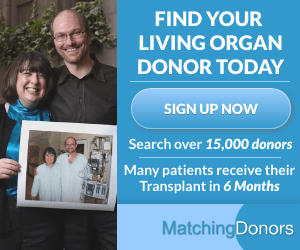