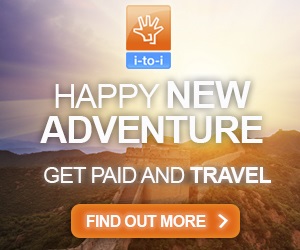 Last month, a vaccine-derived poliovirus type 1 (VDPV1) case was confirmed in a child from Morobe Province.

Papua New Guinea has not had a case of wild poliovirus since 1996, and the country was certified as polio-free in 2000.

Starting tomorrow, a polio immunization campaign will kick off in Morobe, Madang and Eastern Highlands provinces of Papua New Guinea. About 2900 health workers, vaccinators and volunteers have been mobilized to vaccinate almost 300,000 children under 5 years of age.

The campaign from 16-29 July 2018 is the first in a series of vital immunization campaigns planned every month for the next four months:

“Polio is back in Papua New Guinea and all un-immunized children are at risk,” said Pascoe Kase, Secretary of the National Department of Health (NDOH). “It is critical that every child under five years of age in Morobe, Madang and Eastern Highlands receives the polio vaccine during this and other immunization campaigns, until the country is polio-free again.”

As polio is a highly infectious disease which transmits rapidly, there is a potential for the outbreak to spread to other children across the country, or even into neighbouring countries, unless swift action is taken. With no cure for polio, organizers of the immunization drive are calling for the full support of all sectors of society to ensure every child is protected. Parents living in the three provinces are encouraged to bring their children to their health centre or vaccination posts to receive the vaccine, free of charge, during the campaign.

“Everyone has a role to play in stopping this terrible disease,” commented Dr Luo Dapeng, WHO Representative in Papua New Guinea. “We call on parents to bring your children under five years of age for vaccination, irrespective of previous immunization status. Together, we can help ensure that this outbreak is rapidly stopped and that no further children are paralyzed by polio.”