People of Asian and European ancestry more prone than those of African origin to developing severe dengue: Study

As globalization and climate change spread tropical infectious diseases around the globe, not all populations have the same degree of susceptibility. Researchers from the Institut Pasteur, CNRS and the Institute for Research and Innovation in Health-University of Porto (i3S) identified gene variants common in people of Asian and European ancestry, making them more prone than those of African origin to developing severe dengue, which can lead to potentially fatal dengue shock syndrome. These results were published in the journal PLOS Neglected Tropical Diseases on February 15, 2018.

Dengue fever is endemic to tropical and subtropical regions of East Asia and the Americas, but the virus responsible for the disease has recently spread to North America and Europe due to the introduction of its vectors – mosquitoes of the Aedes genus – into these regions. The dengue virus can lead to a wide spectrum of illness, ranging from classic dengue fever (DF) to the potentially fatal dengue shock syndrome (DSS). Ethnic diversity has long been considered as one of the factors explaining why the severe forms of dengue are more prevalent in Southeast Asia than elsewhere, as previously shown in epidemiological research, yet the phenomenon has never been explained by human genetics.

Top Dental Plans – Save up to 60% on Dental Care with :DentalPlans!

In the new work, the team of Anavaj Sakuntabhai, Director of the Functional Genetics of Infectious Diseases Unit at the Institut Pasteur and the CNRS, in collaboration with the Institute for Research and Innovation in Health-University of Porto (i3S), studied the genetics of 411 patients admitted with dengue virus infection to three hospitals in Thailand between 2000 and 2003.

The researchers identified two genes related to blood vessel inflammation that confer risk of severe dengue, and four genes related to metabolism that affect risk of classic dengue fever. Further experiments showed that variations in the genes led to observable changes in cellular dynamics. Additionally, a comparison with the genetic databases of individuals of African and European origin showed that the prevalence of these variations varies based on ethnic ancestry.

This research offers insights that can help understand the pathophysiology of this infectious disease and develop new therapeutic approaches. 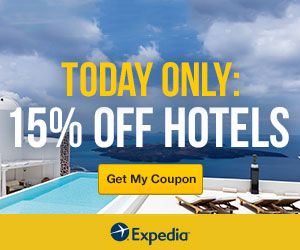