by News Desk
July 4, 2018
Headlines, Latin America and the Caribbean, Vaccines
No Comments

Low polio vaccine coverage, especially in children under five years old, has sparked a red light in Brazil, according to health ministry officials.

In a meeting with representatives of states and municipalities, the Ministry of Health warned that 312 Brazilian municipalities are covered by vaccines below 50% for poliomyelitis.

The data was released by the Coordinator of the National Immunization Program of the Ministry of Health (PNI), Carla Domingues, during a meeting of the Tripartite Interagency Committee (CIT), last Thursday.

Periodically, the PNI coordination issues technical notes for states and municipalities on the monitoring and evaluation of vaccination coverage.

It has also frequently been the subject of discussion in forums, such as the Tripartite Interagency Committee (CIT), which brings together representatives from all states and municipalities.

“The risk exists for all municipalities that are covered with less than 95% coverage.We have to keep in mind that vaccination is the only way to prevent poliomyelitis and other diseases that are no longer circulating in the country.All children under five years of age should be vaccinated, according to routine vaccination schedule and annual national campaign. It is a question of social responsibility”, concluded the coordinator of the PNI.

For states that are below the vaccination target, the Ministry of Health has advised local managers to organize their networks, including the possibility of re-adaptation of schedules more compatible with the routine of the Brazilian population.

The Ministry of Health also stresses that all parents and guardians have an obligation to update their children’s books, especially for children under five years of age who must be vaccinated, according to routine vaccination schedule. “Vaccines offered by SUS are available year-round, except for influenza that is part of a campaign and requires a specific period of protection, which is before winter,” Carla Domingues emphasized. An opportunity to update the passbook will be in the next National Vaccination Campaign against Poliomyelitis, which will take place from August 6 to 31, 2018.

Another action of the Ministry is the dissemination of information about vaccination in its media, be it through publicity campaigns through expert interviews; interaction in the social networks, publication of matters in the Health Portal and discussion with the Medical Societies. “In many cases, parents and caregivers do not see some diseases as a risk, as is the case with polio, so it is important to emphasize the importance of immunization and to demystify the idea that vaccination is harmful,” said Carla Domingues. The director of the PNI also stressed that the vaccines are completely safe. “In some cases, vaccines can lead to adverse events, just as drugs do, but they are infinitely less than the harm brought by disease.

Brazil has been free of poliomyelitis since 1990. In 1994, the country received the Wild Poliovirus Free Circulation Area Certification from the Pan American Health Organization (PAHO). That is why it is fundamental to maintain high vaccination coverage, above 95%. Although Brazil has been free from childhood paralysis since 1990, it is essential to continue vaccination to prevent the reintroduction of the polio virus in the country. 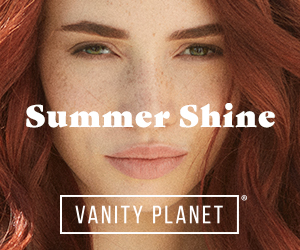