The deadly yellow fever virus has the potential to spread into cities around the world where it previously hasn’t been seen, according to a new study led by St. Michael’s Hospital.

Researchers led by Dr. Kamran Khan of St. Michael’s have mapped the worldwide pathways through which yellow fever virus could spread by analyzing global patterns of airline travellers, the environmental conditions needed to enable transmission of the virus within a city, and countries’ requirements for travellers to provide proof of yellow fever vaccination upon entry.

Published in the Bulletin of the World Health Organization, the research does not model a particular outbreak, but rather examines the potential spread for yellow fever virus to spread between the world’s cities.

“Imagine a yellow fever outbreak as a fire,” said Dr. Khan, who is a scientist at the Li Ka Shing Knowledge Institute of St. Michael’s Hospital. “Embers can fly off in different directions, and if they land in the right place, they can create another fire. We studied the global conduits through which yellow fever virus can spread, and the potential for new yellow fever outbreaks to occur in the world’s urban areas.”

According to the U.S. Centers for Disease Control and Prevention (CDC), about 15 per cent of people who get yellow fever develop serious illness that can be fatal.

Yellow fever in the US: A short history

Some countries have set up policies requiring international travellers to provide proof of yellow fever vaccination upon entry. Dr. Khan and his team took into account which countries require proof and which currently don’t. They then analyzed the travel patterns of 1.4 billion people flying through commercial airports around the world.

“There are different levels of risk depending on where the person is travelling to and where they are coming from,” Dr. Khan said. “In today’s increasingly connected world, one of the key concerns is that yellow fever virus could be carried by a traveller into a densely populated city that has the environmental conditions necessary to support its transmission, but where the virus has never been seen before. In this setting, the urban population would have essentially have no preexisting immunity to the virus.”

Through their analysis, Dr. Khan’s team found that:

“Now that we have a global view of how yellow fever virus can travel between the world’s cities, countries can reexamine their policies to prevent the importation of yellow fever virus, protect travellers from getting infected with the virus, and in turn prevent its exportation to other parts of the world,” Dr. Khan said. “We can’t assume that if a yellow fever outbreak has never occurred before in a specific urban area of the world that it will never occur in the future.”

In the meantime, Dr. Khan recommends that travellers maintain awareness of the current requirements for yellow fever vaccination and that they have a thoughtful discussion with their physician about whether or not they should receive the yellow fever vaccine before they travel. 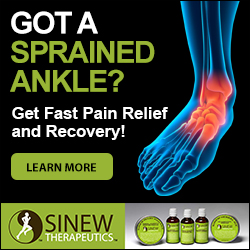