Rat lungworm disease (angiostrongyliasis) is contracted when a person becomes infected with the parasite Angiostrongylus cantonensis. Hawai‘i, particularly east Hawai‘i Island, is the epicenter for angiostrongyliasis in the USA. Rats (Rattus spp.) are the definitive hosts while gastropods are intermediate hosts.

In a new study published in the journal, PLoS One, researchers found that 94 percent of rats tested in the South Hilo District of east Hawai‘i Island were positive for the parasite.

A total of 545 wild rats were sampled from multiple sites in the area. Adult male and female A. cantonensis (3,148) were collected from the hearts and lungs of humanely euthanized Rattus rattus, and R. exulans. Photomicrography and documentation of multiple stages of this parasitic nematode in situ were recorded. A total of 45.5% (197/433) of rats inspected had lung lobe(s) (mostly upper right) which appeared granular indicating this lobe may serve as a filter for worm passage to the rest of the lung. Across Rattus spp., 72.7% (396/545) were infected with adult worms, but 93.9% (512/545) of the rats were positive for A. cantonensis infection based on presence of live adult worms, encysted adult worms, L3 larvae and/or by PCR analysis of brain tissue.

A person gets infected with the parasite when they accidentally consume raw or undercooked infected slugs, snails, freshwater shrimp, land crabs or frogs. The most common symptoms include severe headaches and neck stiffness, but symptoms may vary widely among cases. The most serious cases experience neurological problems, pain, and severe disability.

Researchers say the exceptionally high prevalence of A. cantonensis infection in Rattus spp. in east Hawai‘i Island is cause for concern and indicates the potential for human infection with this emerging zoonosis is greater than previously thought. 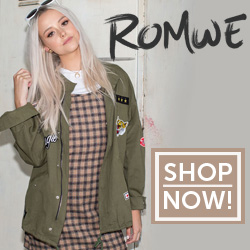