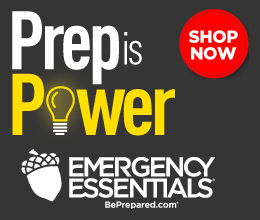 The Democratic Republic of Congo (DRC) has reported the outbreak of an unknown disease that has infected 25 people and killed an unknown number since it was reported on May 11.

An outbreak notice from the World Health Organisation quoted the DR Congolese Ministry of Health saying the disease was confined to the Mabalako health zone of the Beni district in North Kivu.

The region – ravaged by years of war between various rebel formations, government forces and armed cross-border banditry – lies on the eastern borders with Rwanda and Uganda.

“On 31 June, the MoH, together with the World Health Organisation (WHO), sent a team to assess the situation and initiate laboratory analyses. The same day, a humanitarian health partner sent an evaluation and first response team. Laboratory results are expected in the coming days,” the WHO said.

The WHO has since placed its country-level outbreak response teams on alter for possible field deployments in 24 hours. The teams are equipped to set up field hospitals should the need arise.

On the ground, preventive measures are being taken by medical teams to avoid the spread of the disease. These include feet disinfection for all people coming in and out of the health centres.

Public awareness campaigns that emphasize the observance of strict hygiene rules and practices are being rolled out for people in the affected area. The first delivery of emergency health staff and medicines left the city of Goma on July 31 for the outbreak impact area.