by Robert Herriman
October 31, 2017
Headlines, US News, Vaccines
No Comments

The number of confirmed and probable mumps cases at Syracuse University (SU) continue to rise with the latest count at 29 and 64, respectively. The surge in the contagious viral disease prompted local health officials last week to reverse course on whether to recommend a third “outbreak” dose of  Measles, Mumps, and Rubella (MMR) vaccine.

The question is–How effective is a booster MMR vaccine against mumps?

According to a recent study on this topic published in the New England Journal of Medicine the answer is it’s pretty effective.

Of 20,496 university students who were enrolled during the 2015–2016 academic year, mumps was diagnosed in 259 students. We used Fisher’s exact test to compare unadjusted attack rates according to dose status and years since receipt of the second MMR vaccine dose. We used multivariable time-dependent Cox regression models to evaluate vaccine effectiveness, according to dose status (three vs. two doses and two vs. no doses) after adjustment for the number of years since the second dose.

Before the outbreak, 98.1% of the students had received at least two doses of MMR vaccine. During the outbreak, 4783 received a third dose. The attack rate was lower among the students who had received three doses than among those who had received two doses (6.7 vs. 14.5 cases per 1000 population, P<0.001). Students had more than nine times the risk of mumps if they had received the second MMR dose 13 years or more before the outbreak. At 28 days after vaccination, receipt of the third vaccine dose was associated with a 78.1% lower risk of mumps than receipt of a second dose (adjusted hazard ratio, 0.22; 95% confidence interval, 0.12 to 0.39). The vaccine effectiveness of two doses versus no doses was lower among students with more distant receipt of the second vaccine dose.

Lead author, Cristina Cardemil, MD, MPH said, “Prior to this study, the effect of a third dose of the MMR vaccine in stemming a mumps outbreak was unknown.

“This study provides important insight on the impact of a third dose for preventing cases during a university mumps outbreak and the role of waning immunity in the outbreak.”

While the outbreak has had an impact on the university’s lacrosse team, the SU football team are now being encouraged to get vaccinated. 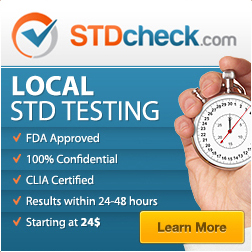