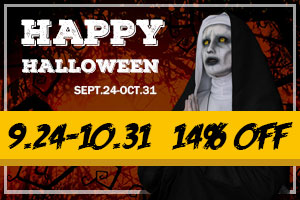 The two new confirmed cases of local dengue fever were reported in the Three Gorges District of New Taipei City. They were a 50-year-old male in Zhongzhengli and a 60-year-old female in Jiaoxili. Both of them have no history of going abroad.

Based on the activity of the two patient and the current situation of the epidemic situation, the site of infection was determined to be the Wuliao Jianshan Bamboo Garden, where a total of 25 people have been diagnosed in a cluster to date.

The Taiwan CDC reminded once again that after the rain, we should thoroughly eliminate breeding sources inside and outside the house to reduce the density of vector mosquitoes. In addition, during the Mid-Autumn Festival holiday, people travel frequently from north to south. If people go to areas where dengue fever occurs, or need to spend a long time outdoors, please be sure to take anti-mosquito measures, such as wearing light-colored long-sleeved clothes, use government agencies for approval An anti-mosquito agent containing DEET or Picaridin; in case of suspected symptoms such as fever, headache, nausea, rash, posterior orbital pain and joint pain, seek medical attention as soon as possible and inform the history of travel activities ; If the medical institution encounters patients with suspected symptoms, the dengue fever NS1 rapid screening reagent can be used to assist in the diagnosis and early notification.

One thought on “Taiwan: Additional local transmission of dengue fever”