Trachoma eliminated in Cambodia and Laos 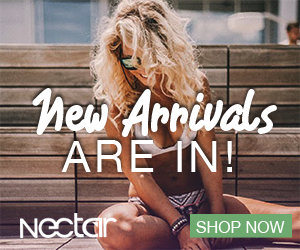 Trachoma is the leading infectious cause of blindness worldwide and today the World Health Organization (WHO) announced that the Kingdom of Cambodia and the Lao People’s Democratic Republic have eliminated trachoma as a public health problem.

“Trachoma is a disease of poverty. Communities that don’t have good access to safe water and sanitation are the hardest hit. But it is possible to tackle this public health problem, as Cambodia and the Lao People’s Democratic Republic have done, by making the right investments to protect peoples’ health,” said Dr Shin Young-soo, WHO Regional Director for the Western Pacific.

Trachoma has been a recognized problem in Cambodia since the 1990s and in the Lao People’s Democratic Republic since the 1970s.

In 1997, WHO launched the Alliance for the Global Elimination of Trachoma by the year 2020 (GET2020). With other partners in the Alliance, WHO supports country implementation of the SAFE strategy (Surgery for trichiasis, antibiotics to treat active infection, Facial cleanliness, and Environmental improvements to limit transmission) and strengthening of national capacity through epidemiological assessment, monitoring, surveillance, project evaluation and resource mobilization for elimination of trachoma.

In Cambodia, a series of trachoma rapid assessments was conducted in 2000. The findings prompted the country to roll out trachoma control activities which included provision of trichiasis surgery, treatment of communities, and health education. In the Lao People’s Democratic Republic, trachoma screening and treatment services provided through the country’s health system have been effective. Ongoing improvements in living standards, water supply, sanitation and hygiene in both countries have also contributed to the marked decline in trachoma over recent decades.

Between 2014 and 2016, rigorous assessments were conducted in Cambodia and the Lao People’s Democratic Republic which allowed an independent review group to conclude that trachoma was no longer a public health problem in either country.

“We have worked hard to rid Cambodia of trachoma–a painful and blinding neglected tropical disease. It goes to show that targeted programmes–led by the Ministry of Health through our national programme, under strong leadership and support from Samdech Akka Moha Sena Padei Techo Hun Sen, Prime Minister of the Kingdom of Cambodia, and with commitment of dedicated health leaders and staff–can be effective, and we are ready to share our experience with other countries in the region that want to do the same,” said Dr Mam Bunheng, Minister of Health, Cambodia.

“Blinding trachoma used to be endemic in the Lao People’s Democratic Republic. It was particularly common among preschool-aged children, with prevalence as high as 60–90% in some areas. By eliminating this disease, our children can now grow up safe from this painful and potentially blinding infection. This is a wonderful achievement for our people, which will pay dividends for decades to come,” said Dr Bounkong Syhavong, Minister of Health, Lao People’s Democratic Republic.

WHO validates the elimination of trachoma as a public health problem when a country can show that: i) less than 5% of children aged 1–9 years have signs of active trachoma (trachomatous inflammation–follicular), which requires treatment with antibiotic eye drops; ii) less than 0.2% of people over 15 years have a more advanced form of disease (trachomatous trichiasis) requiring eyelid surgery; and iii) their health system can identify and manage any new cases of trichiasis.

Cambodia and the Lao People’s Democratic Republic are the first countries in the WHO Western Pacific Region to be validated as having achieved elimination of trachoma as a public health problem. Eight other countries in the Region (Australia, China, Fiji, Kiribati, Papua New Guinea, Solomon Islands, Vanuatu and Viet Nam) remain endemic with blinding trachoma.