Follow
Home » Africa » Uganda Health Minister: ‘No Ebola outbreak in Mubende or any other part of the country’

Uganda Health Minister: ‘No Ebola outbreak in Mubende or any other part of the country’

What was quoted in the media is rather a case of Crimean-Congo Hemorrhagic Fever (CCHF). It is worth noting that the CCHF outbreak in the districts of Luwero and Nakaseke, where the outbreak was declared on January 4th this year, and efforts to contain it are still ongoing. These share a boarder with Mubende district.

On the night of 21st May 2018, a 35-year-old male from Nkoko subcounty in Bugangaizi county, Kakumiro district presented at Melt Care Clinic with a high fever and vomiting and was admitted for two days.

Since he was not improving, the relatives transferred him to Galde medical clinic in Kakumiro district on 23rd May from where he was referred to Mubende Regional Referral Hospital.

The clinician on duty at Mubende RRH immediately transferred the patient to the hospital isolation room where he received intravenous fluids.  Unfortunately, he died during that same night at around 1am. Samples were taken off the body and were sent to the Uganda Virus Research Institute (UVRI).

The attendants of the diseased who included his expectant wife and 4 others were immediately quarantined and they are closely being monitored.

The Government of Uganda is working towards the control of ticks which are the main agents in the transmission of CCHF from animals to humans. The Ministry of Health continues to intensify its efforts to prevent any possible spread of the Ebola epidemic to Uganda, through the following: 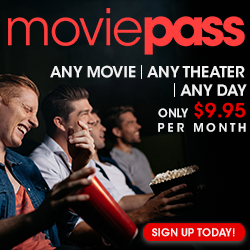