In a follow-up to a report on the measles outbreak in Uganda, UN health officials say the country has reported 552 and one death since the outbreak was declared April 8.

The case breakdown shows 309 cases from Kampala and 243 from Wakiso, with mostly young children being affected. Three-quarters of the confirmed cases were unvaccinated.

A total of 392 vaccination outreach activities have been planned in the five divisions of Kampala. Kawempe, Rubaga, Nakawa, and Makindye Divisions will each conduct 80 outreaches while Central Division will undertake 72 outreaches. So far, 3 053 children have been immunized in Makindye and 2,766 children in Central Division.

Periodic Intensified Routine Immunizations (PIRI) is being implemented in all five divisions of Kampala and all sub-counties of Wakiso District over a 3-month period, and never-vaccinated children will be identified and vaccinated.

WHO says the current measles outbreak highlights the vulnerability of the poor urban populations, particularly under the prevailing economic constraints. Efforts are needed to achieve and sustain at least 95% coverage with two doses of measles-containing vaccine (MCV) to control and prevent future outbreaks. 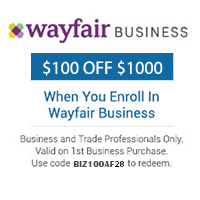