In a follow-up on a report on the E.coli ( Escherichia coli) in the Hildale/Colorado City area on the Utah/Arizona border, officials with the Southwest Utah Public Health Department (SWUPHD) said Tuesday that the number of confirmed cases has swelled to 11. The most serious cases involve children, and include two deaths.

This is up by two cases since their last report on Friday.

Health officials advising residents of Hildale and surrounding areas not to consume raw milk or any previously purchased ground beef until further notice as the investigation is ongoing.

“E.coli is a bacteria known to cause diarrheal illness,” says  Dr. David Blodgett, SWUPHD Health Officer. “Certain types of E.coli are more concerning than others. Some of the cases in this outbreak have been identified as the O157-H7 strain, characterized by bloody diarrhea and serious complications. Our thoughts and sympathies are with the families who have been affected”.

The disease-causing types of E. coli are usually spread to humans when tiny amounts of human or animal feces gets in the mouth. These particles can come from unwashed hands, contaminated water or food, and animal exposure.

The general symptoms of E.coli can include stomach cramps, diarrhea (often bloody), vomiting, and fever (usually 101 F or lower).  Bloody diarrhea is a symptom characteristic of the strain involved in the outbreak. Symptoms will appear between one and ten days after exposure. Most people will recover within five to seven days after becoming ill.

People can help prevent E.coli infection by thorough hand washing after animal exposure, using the restroom, changing diapers, and before and after food preparation. Practice proper food preparation by keeping raw meat separate from other foods, cooking meat to safe temperatures (usually 165 degrees F), and refrigerating foods that can spoil within two hours. Do not drink raw milk or unpurified water from streams, ponds, or lakes. 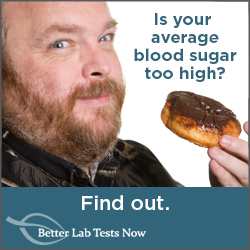