Officials with the Illawarra Shoalhaven Local Health District have reported several viral meningitis cases, prompting an alert to the public to be alert to the symptoms. Twelve people were diagnosed with viral meningitis, relatively common illness, all caused by an enterovirus, and were hospitalized as a result.

Director Public Health, Curtis Gregory, said the first person became unwell in late March and the others in early April.

“There have been no indications of common links between the cases other than two patients who were from the same family,” Dr Gregory said.

“We have interviewed the patients and examined medical records to look for any common source of the infection. Further laboratory testing is also being carried out to identify which type of enterovirus has caused these illnesses.

“All of the patients have now been discharged from hospital after making a full recovery.”

Symptoms of viral meningitis can include fever, headache, sensitivity to light, lethargy or tiredness, stiff neck, nausea and vomiting.

It is important that all people with symptoms of meningitis are seen by a doctor immediately. Viral meningitis can sometimes cause serious illness on its own and symptoms are very similar to those of bacterial meningitis, which requires urgent medical treatment.

Viral meningitis is the most common type of meningitis, which is an inflammation of the lining of the brain and spinal cord. It is usually much less severe than bacterial meningitis, and most people get better without treatment within seven to 10 days.

Save Up to 40% on Herbs, Weight Management and Beauty Products at GNC + Free Shipping on $49+! Select Products Only. Exclusions Apply.

Enteroviruses are spread from person to person through respiratory droplets, saliva, feces or contact with contaminated items or water.

The best means of protecting yourself from infection and stopping transmission is through effective hand washing and good hygiene practice. This is particularly important prior to eating, after using the toilet, changing a nappy or helping care for a sick person.

There is no specific treatment for most cases, with rest and plenty of fluids recommended and medication to manage any pain and headaches. 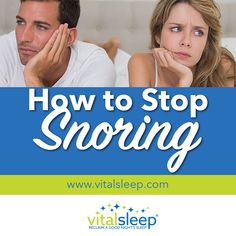