The death toll in the ongoing cholera outbreak in the Zimbabwean capital Harare has risen to 25 amid fears of the disease further spreading, a global charity organization has said.

In its latest epidemiological and emergency response update issued on September 13, the International Federation of Red Cross and Red Crescent Societies said the deaths were concentrated in Harare suburbs of Budiriro and Glen View.

“The situation is incredibly complex. Most of the areas affected have already been dealing with an outbreak of typhoid. So, this is a double punch for them, and it shows the weakness of water systems even here in the capital.

“There is also a lot of movement of people between Harare and rural areas, and we are very worried that this could drive a very rapid spread of the disease,” said Zimbabwe Red Cross Secretary-General Maxwell Phiri.

A further 500 volunteers have been deployed in the Midlands, Manicaland, Masvingo and Mashonaland Central provinces where new suspected case have been reported.

The federation said people in the affected areas could help curtail the spread of cholera by ensuring they drink clean water, maintain high standards of hygiene and sanitation and sharing tools and information to limit new outbreaks.

In 2008, more than 4,000 people were killed and 100,000 more infected when a cholera outbreak that began in Harare spread to other parts of the country. 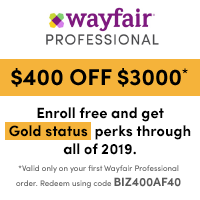