Anti-vaccination trend is ‘dangerous’ and parents’ fears about vaccinations are ‘unwarranted’: Syracuse professor

The CDC recently reported 465 measles cases in 19 states across the country, including seven outbreaks. This is the second-greatest number of cases reported in the U.S. since measles was eliminated in 2000. 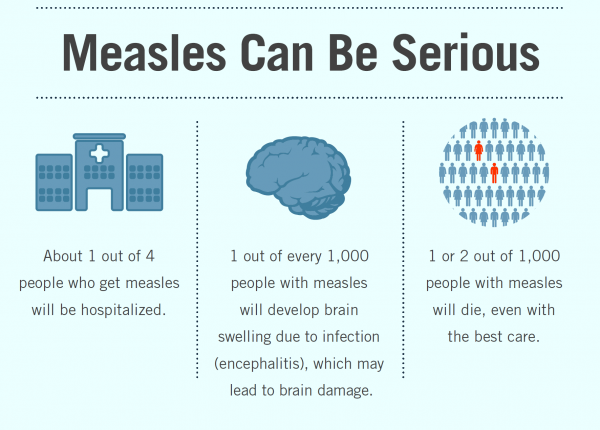 “This trend is dangerous because, as vaccination rates drop, it increases the risk that vaccine-preventable diseases, most nearly eliminated in the U.S., will cause an outbreak (like the measles outbreak at Disneyland in 2014/15) or even establish sustained transmission. Measles, for example, can cause an outbreak when only 5 percent of the population is susceptible. One sick person with measles can cause up to 18 more people to become sick. Then those 18 people each can cause 18 more people to become sick (324 people) and so on.

“Most parents of young children have never seen a case of measles because high vaccination rates have nearly eliminated it in the U.S. and therefore believe the disease either can’t occur in the U.S. or isn’t dangerous. Measles can lead to pneumonia, brain swelling, seizures and death. According to the WHO (World Health Organization), about 145,700 people died worldwide in 2013 from this easily preventable disease. And this is only one vaccine-preventable disease.

“Yes, the fears are unwarranted. Vaccines go through a very extensive clinical trial process to ensure their safety and efficacy, including extensive post-marketing surveillance. There are a few medical conditions where the vaccine is contraindicated. Medical exemptions from vaccines are allowed in all states. These exemptions need to be verified by a doctor.”

Michigan measles outbreak eclipses 40 cases in less than a month

The rise of measles in the US: Dr. Bernhard Wiedermann on C-SPAN

Measles cases in the US prompts AMA response