by News Desk
January 24, 2021
Latin America and the Caribbean
No Comments

The supervisor of the Epidemiological Surveillance program, María Valdez said in a press conference Friday since the beginning of the year, 145 confirmed salmonellosis cases have been reported in Salta province. 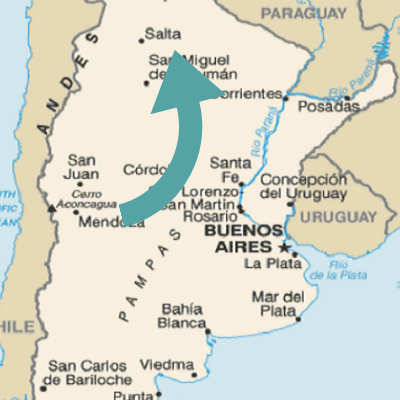 More than 80 percent of the infections were concentrated in the city of Salta and the rest in municipalities in the interior. “In the last outbreak, the cases were doubled compared to the previous period,” said the official.

According to provincial statistics, the age range that has contracted the most salmonellosis is found in babies and children up to 9 years of age, representing 44 percent of cases.

It was stated that the health authorities work together with the Bromatology teams of the province and the municipalities. In addition, actions, preventive measures and investigation of cases are coordinated with the company Aguas del Norte and with the Regulatory Body of Public Services.

Healthy persons infected with Salmonella often experience fever, diarrhea (which may be bloody), nausea, vomiting and abdominal pain. In rare circumstances, infection with Salmonella can result in the organism getting into the bloodstream and producing more severe illnesses such as arterial infections (i.e., infected aneurysms), endocarditis and arthritis.

Brazil, Paraguay, Mexico, Vietnam and Malaysia report the most dengue cases in 2020

Brazil Health Minister: ‘Our vaccination program for COVID-19 will be the largest in the world’